The Dangers of Sewage Backups 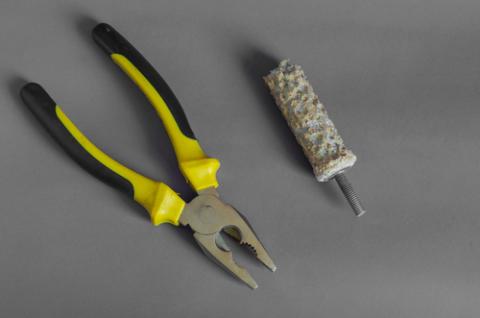 It’s not hard to imagine the range of plumbing issues you might encounter as a homeowner. On one end of the spectrum, you may experience a minor leak or a sluggish drain. On the other end of this scale are more severe problems, such as sewage backups. Although many of us might like to think that sewage backups are a very rare occurrence, they are becoming more common as time goes on.

With the plumbing infrastructure of the U.S. aging, the frequency of sewer backups is increasing by 3% each year, according to the Civil Engineering Research Foundation. Many people are unprepared for the highly unpleasant --and potentially hazardous-- scenario of having to deal with sewage in their home. This brief guide will help you to understand the dangers of this situation and what you can do if you encounter it.

First things first: sewage backups can be quite dangerous. As soon as you recognize that you’re experiencing a sewage backup, we recommend calling a plumber. The sooner a professional arrives, the sooner the problem can be assessed and fixed before things get worse. Sewage backups have a wide range of causes, including flooding, blocked pipes, and tree roots encroaching on your pipes. Just be aware that this problem can happen to any home, and have a plumber’s number handy if it does!

Sewage --as you already know-- is a vile substance. Not only is it gross, but it’s also dangerous. Wastewater can be rife with all kinds of harmful bacteria, such as E. Coli, salmonella, Hepatitis, and many others. Without adequately cleaning and disinfecting the parts of your home impacted by sewage, you risk becoming very ill. Obviously, you don’t want to be in direct physical contact with the sewage, but you also need to avoid breathing the toxic air around it. If at all possible, do everything you can to steer clear of any areas of your home impacted by raw sewage. Leave the job to the professionals who are properly equipped and trained to remedy the situation.

Depending on the extent of the sewage backup afflicting your home, you could be at risk of experiencing severe consequences like an explosion or electrocution. Water doesn’t play well with electricity, and appliances may be releasing combustible gas into the air. Given this level of potential danger, make sure to shut off your gas and electricity before going near the sewage. Better yet, call a licensed plumber in to handle the whole situation.

Though you may be tempted to hope your sewage nightmare is over once the backup is fixed, it’s very important to thoroughly clean and disinfect any areas possibly touched by the sewage. Without a total cleanup, you may still face the risks of illness mentioned above. You’ll generally want to dispose of any items that came in contact with the sewage and cannot be adequately laundered or cleaned with bacteria-killing bleach products.

Need help with a sewage backup or want to ensure your plumbing is unlikely to incur the problem? Give Stephens Plumbing a call at (630) 968-0783 or book an appointment online.